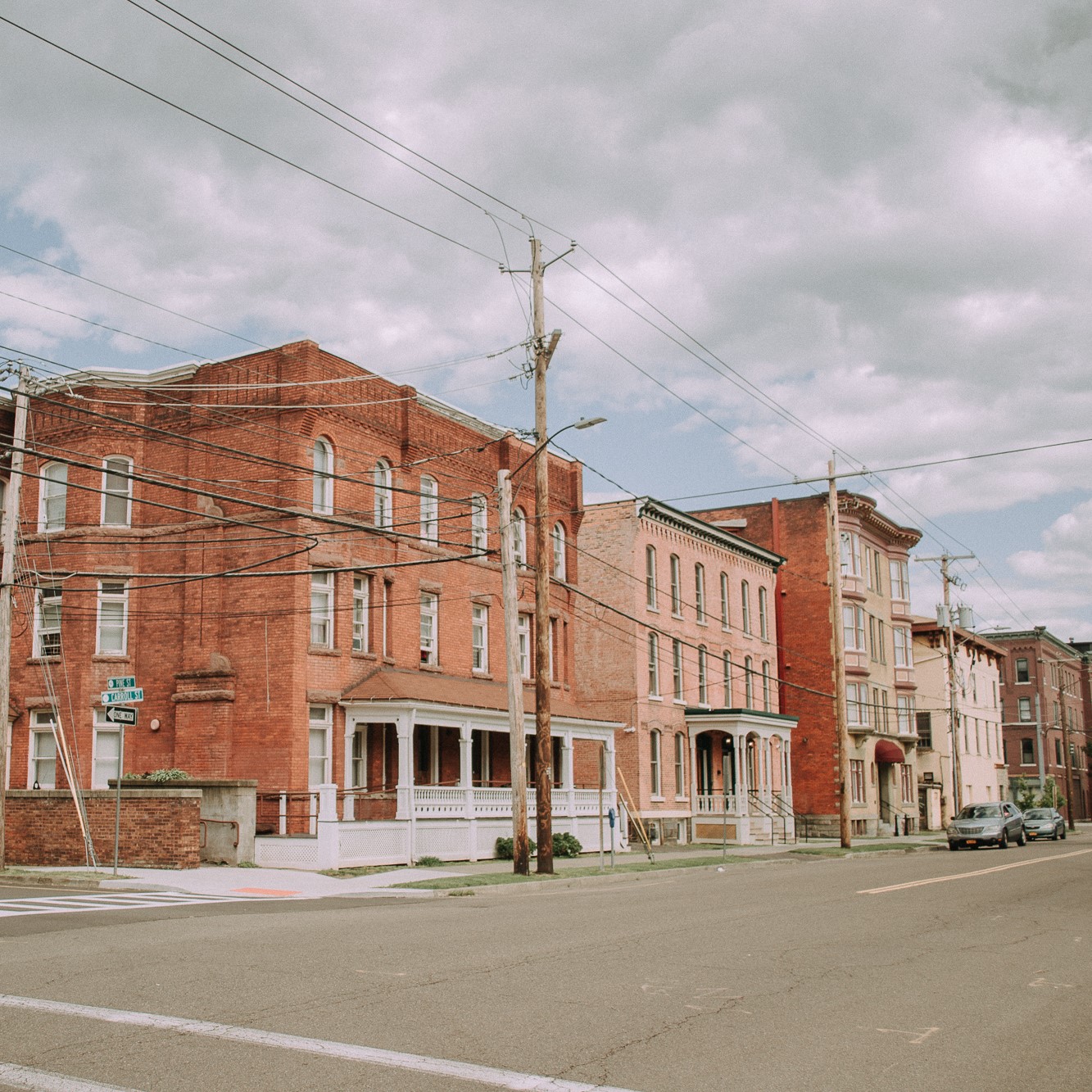 When Opportunities for Broome, Inc, was approached by the City of Binghamton regarding this building it had been vacant for nearly 10 years. Major roof leaks resulted in significant deterioration of the twin center stairs and plaster walls. The City was reviewing the necessity of demolition; Patricia Every, lead designer for Hawk Engineering, felt the building could be saved. She assisted Opportunities for Broome (OFB) with grant applications.The City offered funds from Community Development Block Grant(CDBG) subject to obtaining additional funding, this came from a grant application to the Homeless Housing Assistant Corporation (HHAC). The State Historic Preservation Office(SHPO) determined this originally a railroad ‘flophouse’ and of historic significance. Renovations were performed in compliance with their requirements.

The building has solid brick exterior walls with sandstone water tables, sills and headers. Aside from the stairwells the remainder was determined structurally sound though in need of complete updating. Mold and bird droppings were environmental hazards. Asbestos was present. During renovation mold remediation was performed.

Some features of the Contract Documents included adapting two units for handicap accessibility, removal of the top half of the 10’ x 20’ circa 1960 garage addition to construct an ADA compliant ramp with a planter within the walls, maintaining the interior chestnut woodwork at the north first floor apartment, restoring the railing system of the interior stairways (treads and risers were replaced with white oak as original), restoring interior door and window trim, restoring the front doors, repairing the original windows (interior storm units were used to meet the energy code. Stone sills were repaired, the brick façade cleaned and approximately 60% of the exterior brick was repainted using methods and products approved for historic rehabilitation.Access to the basement was improved for creation of a laundry room. Mechanical,plumbing, electrical systems were replace and sprinkler and fire alarm systems were added. During demolition, the original porch rails were found and modifications to the original columns were made to reuse the railings. 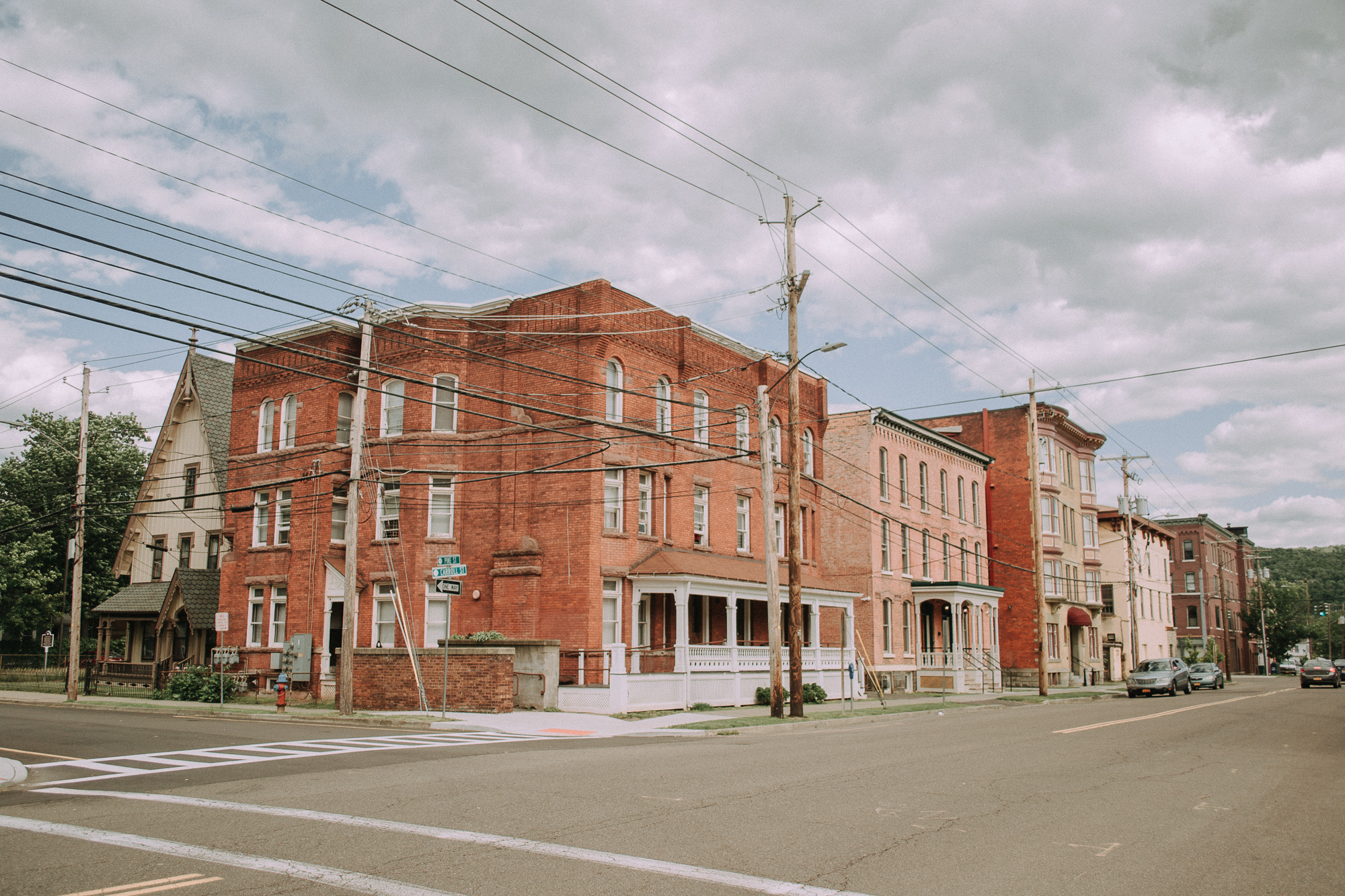 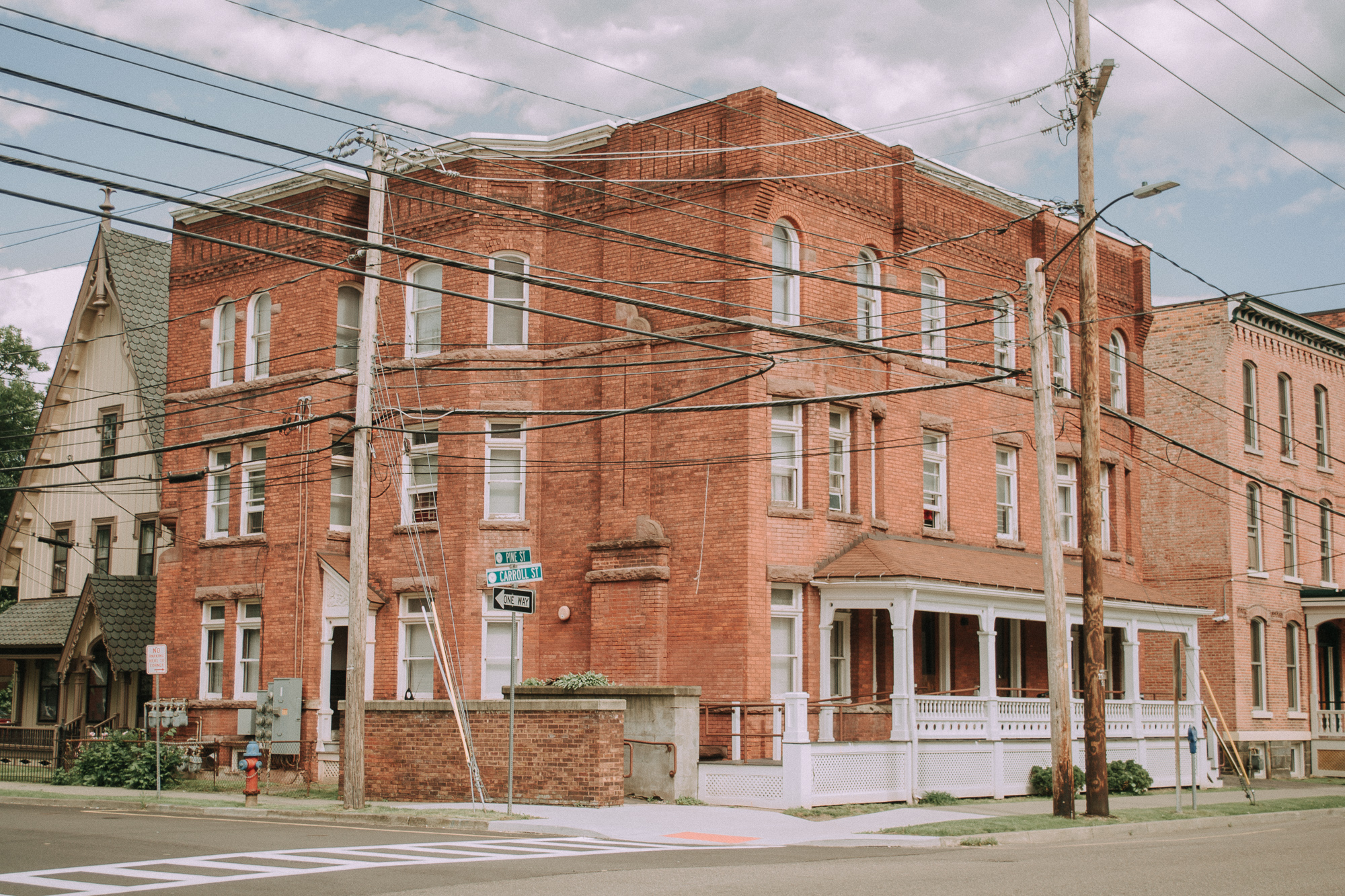 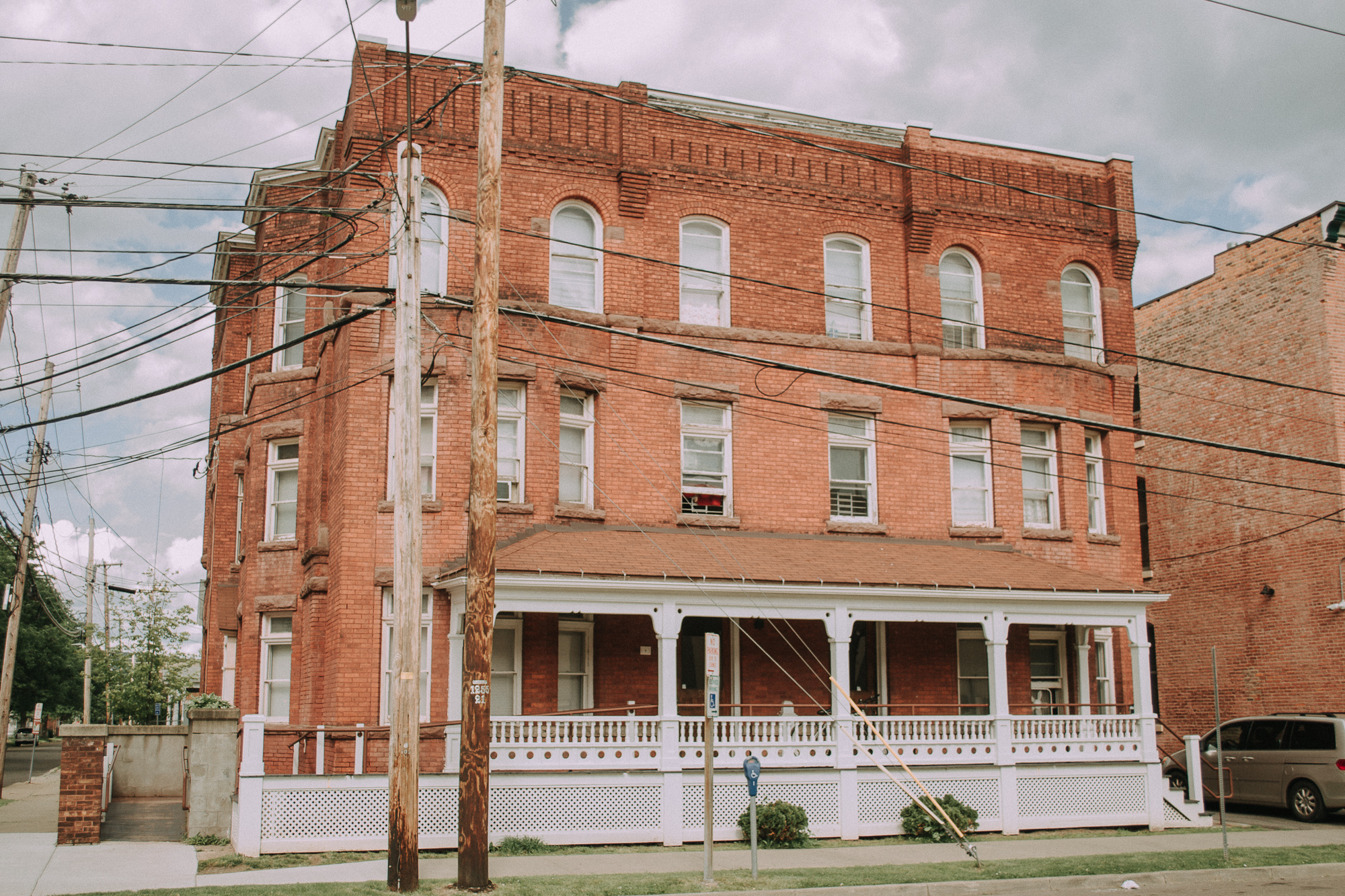 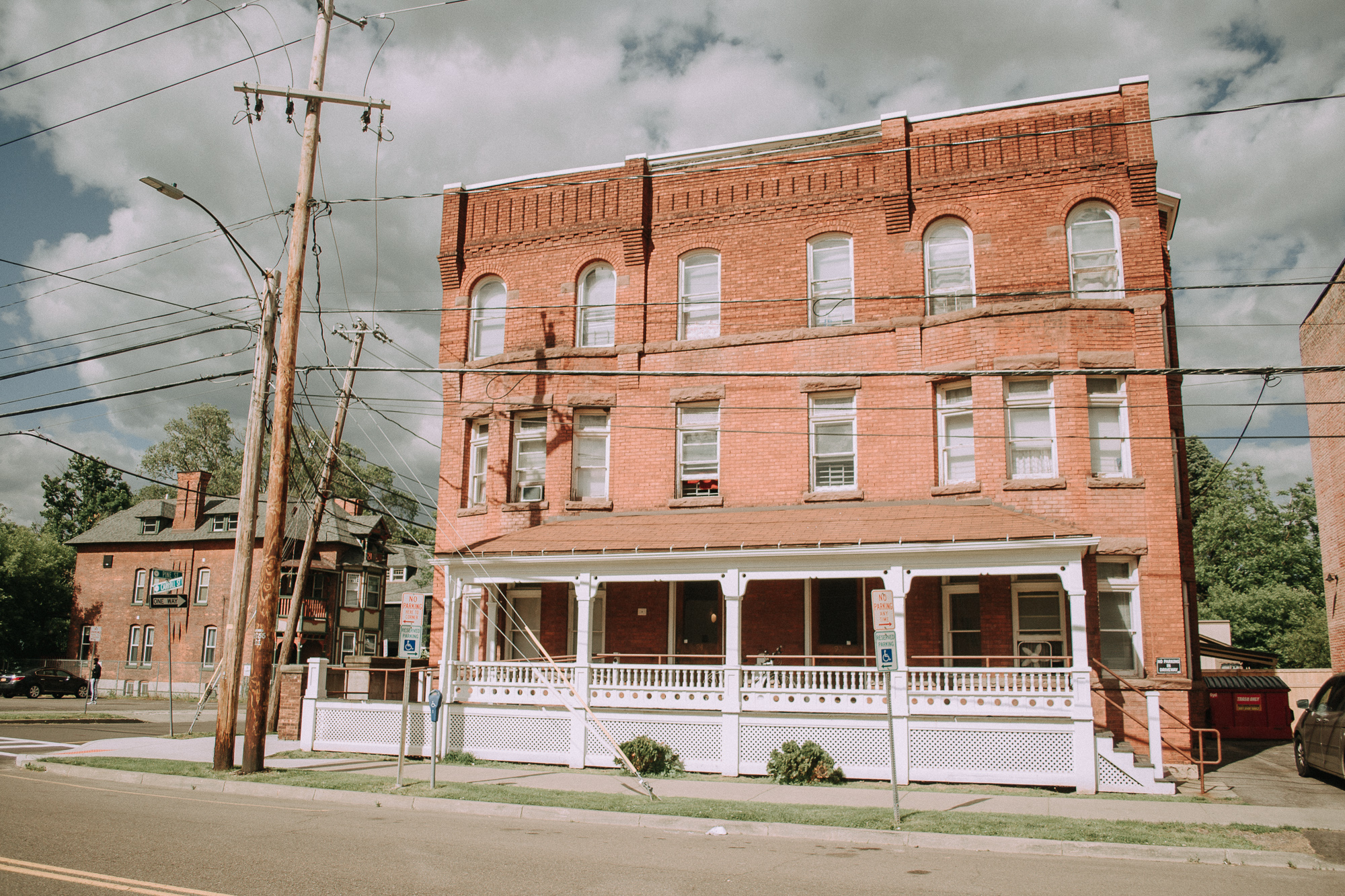 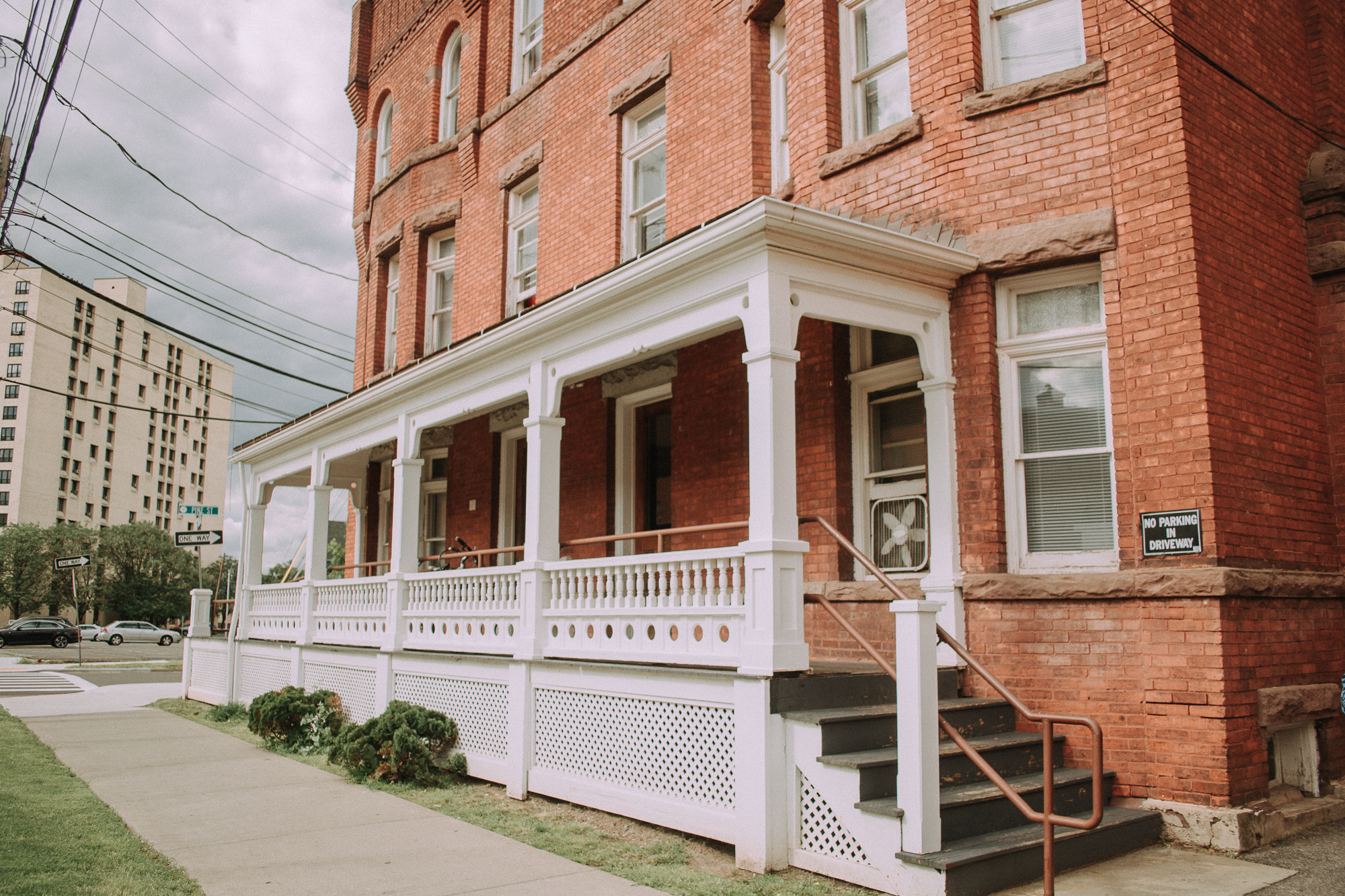 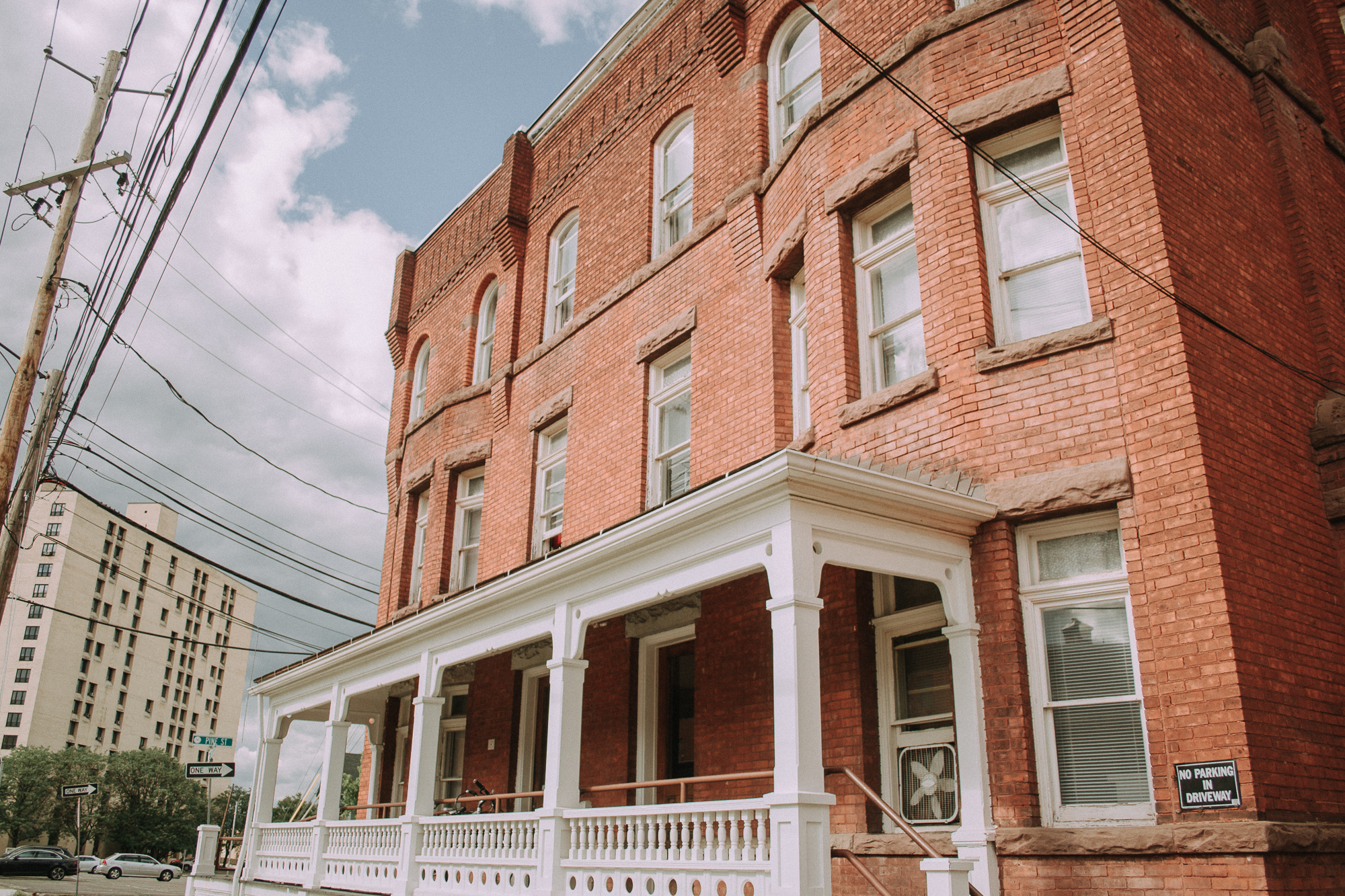 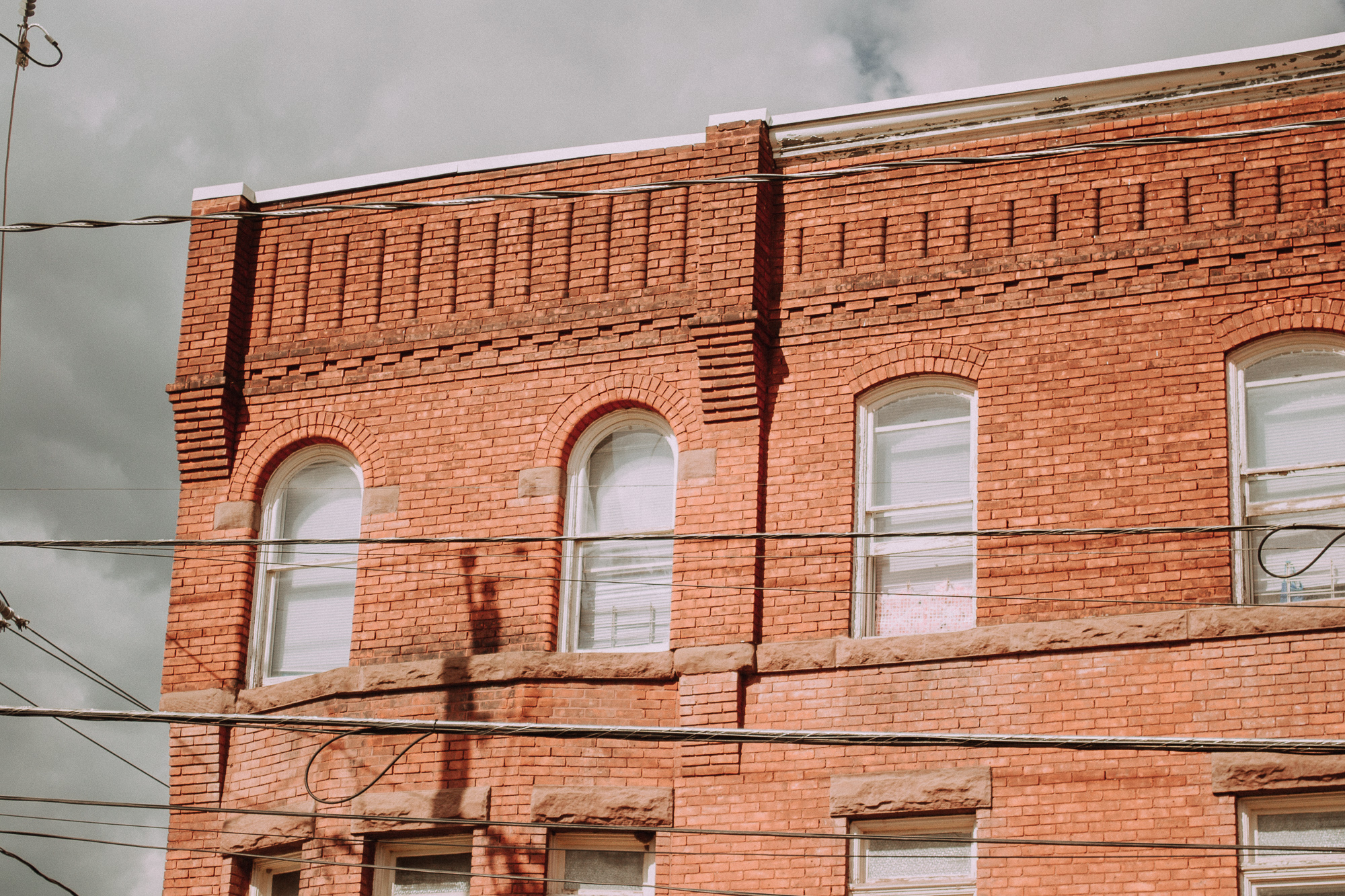 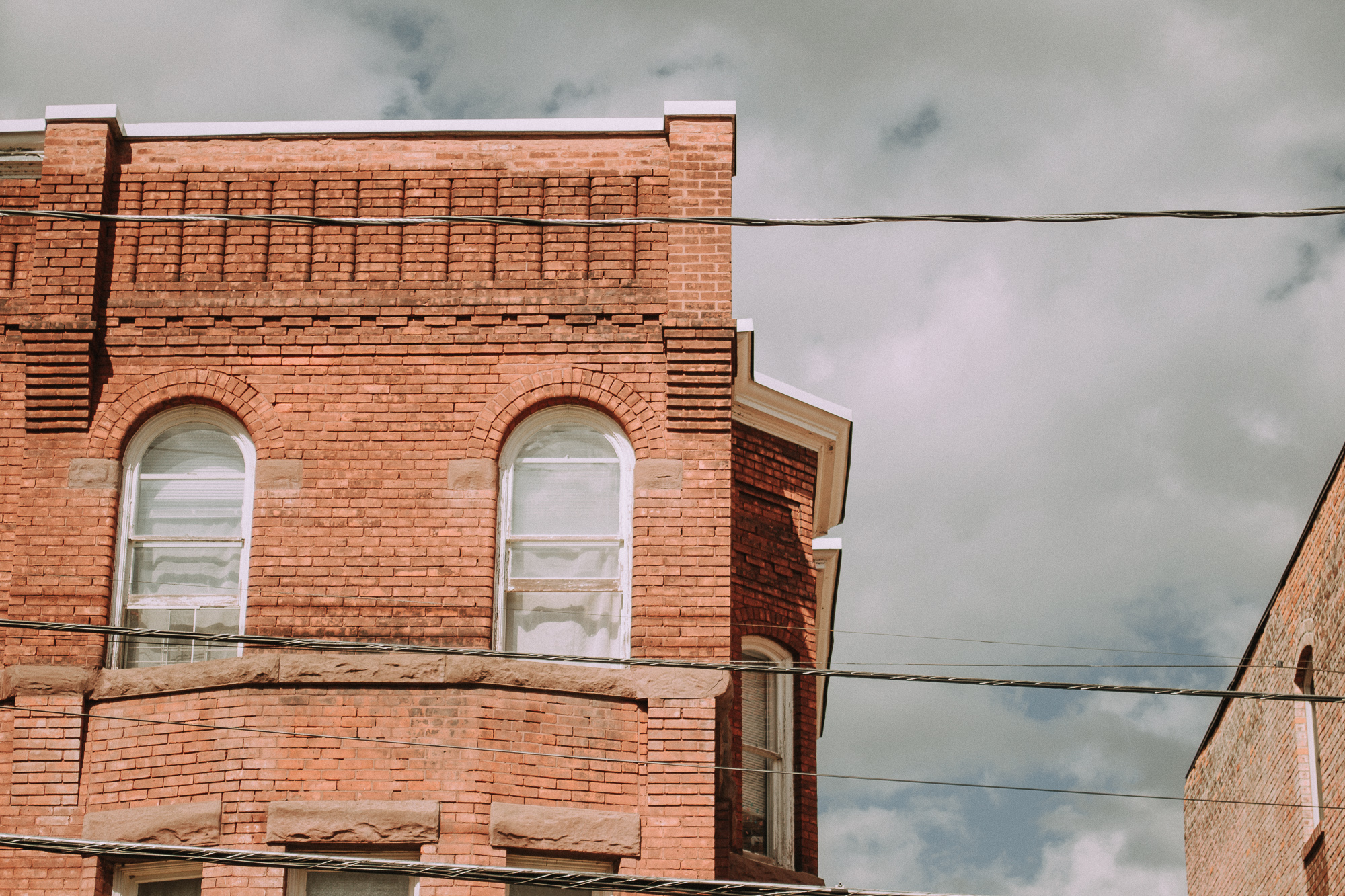 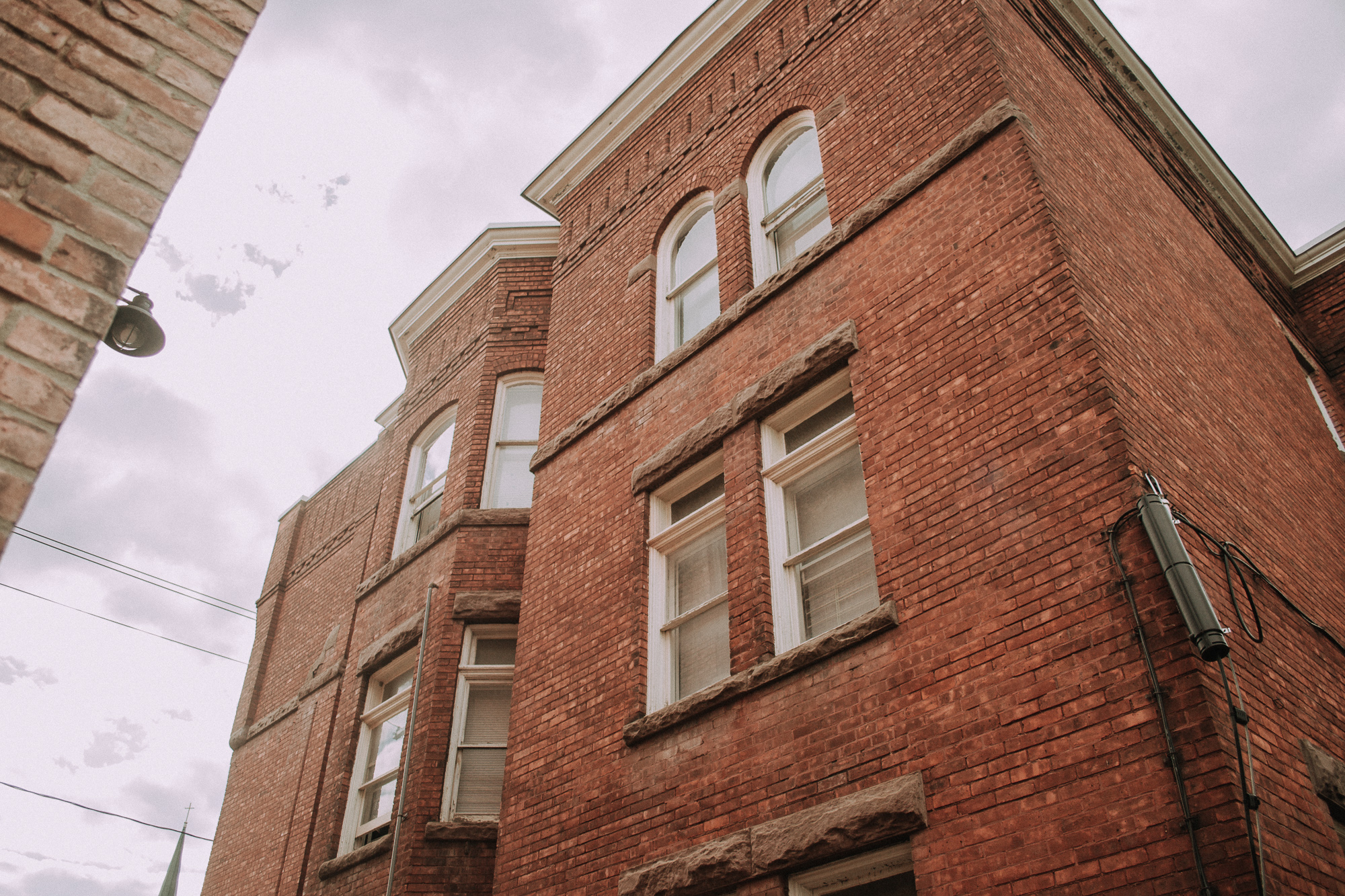 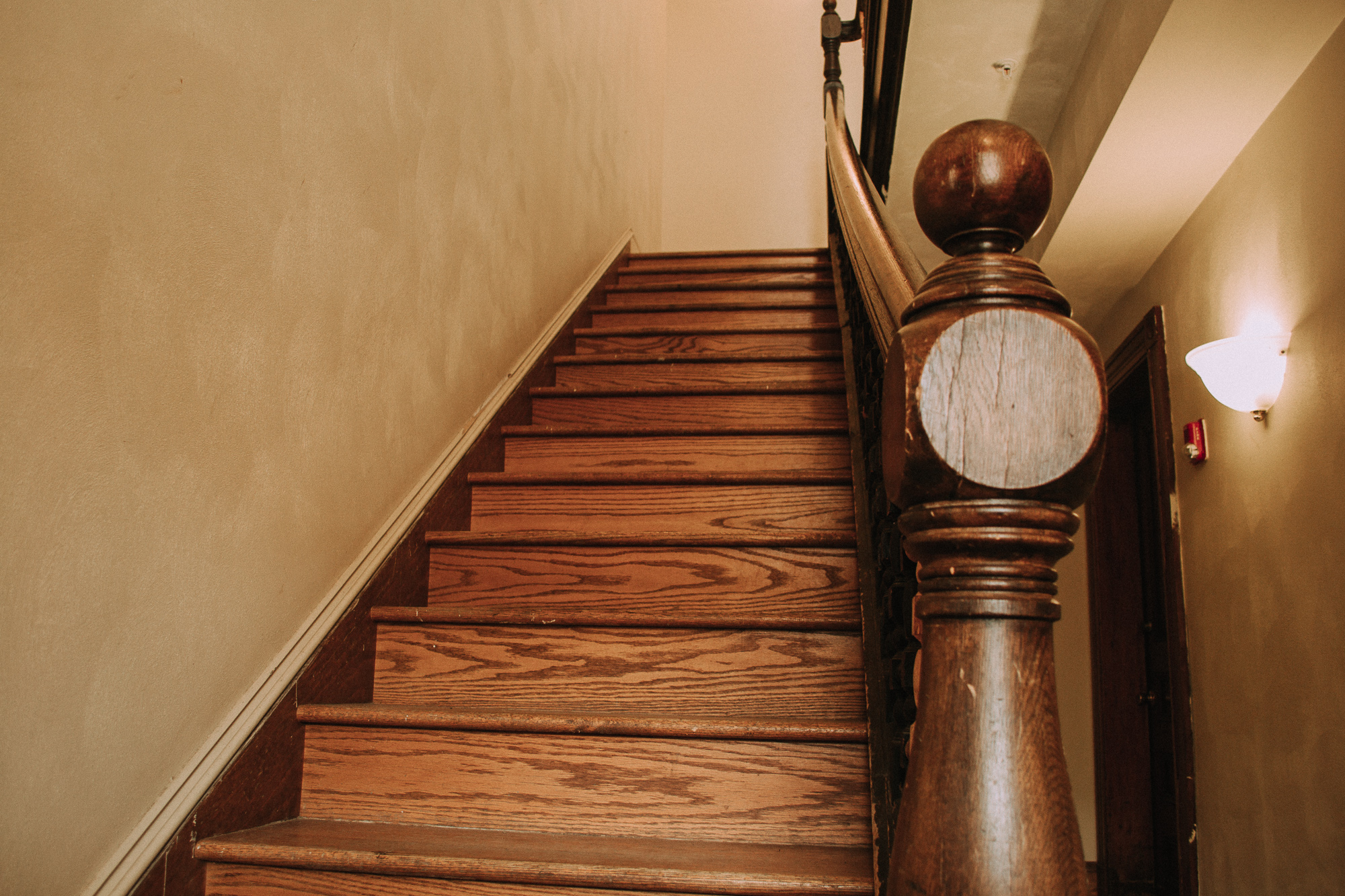 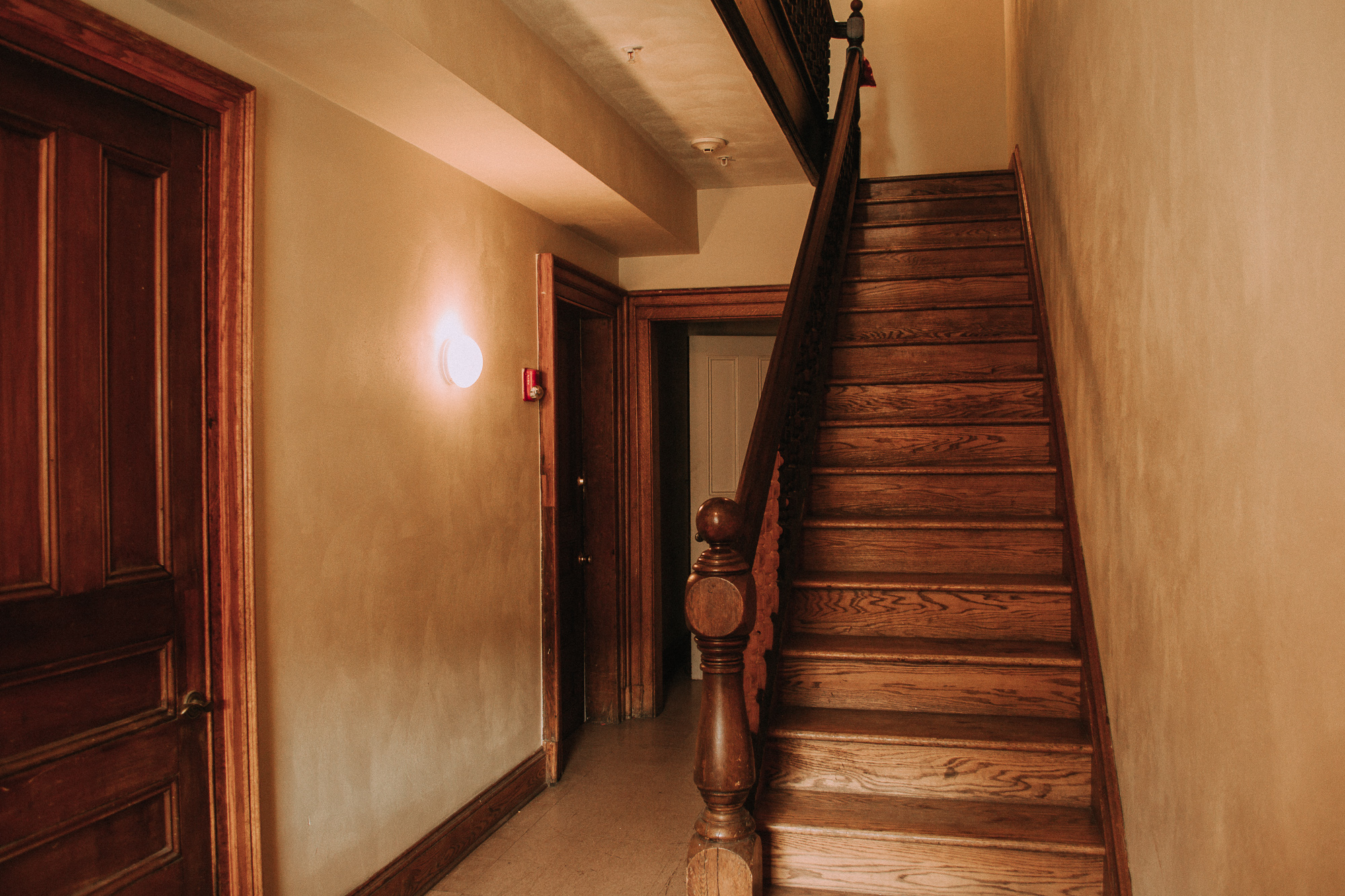 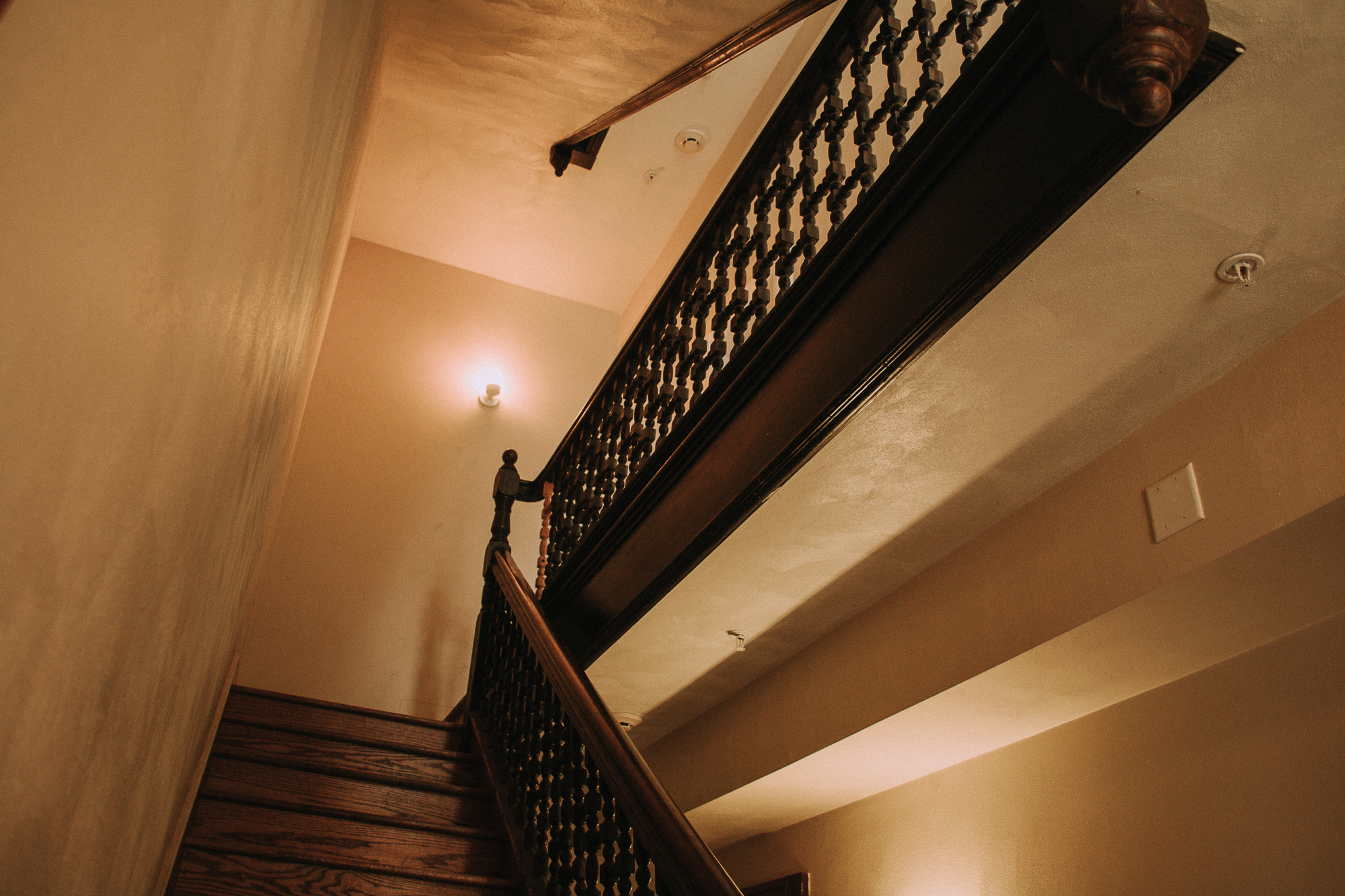 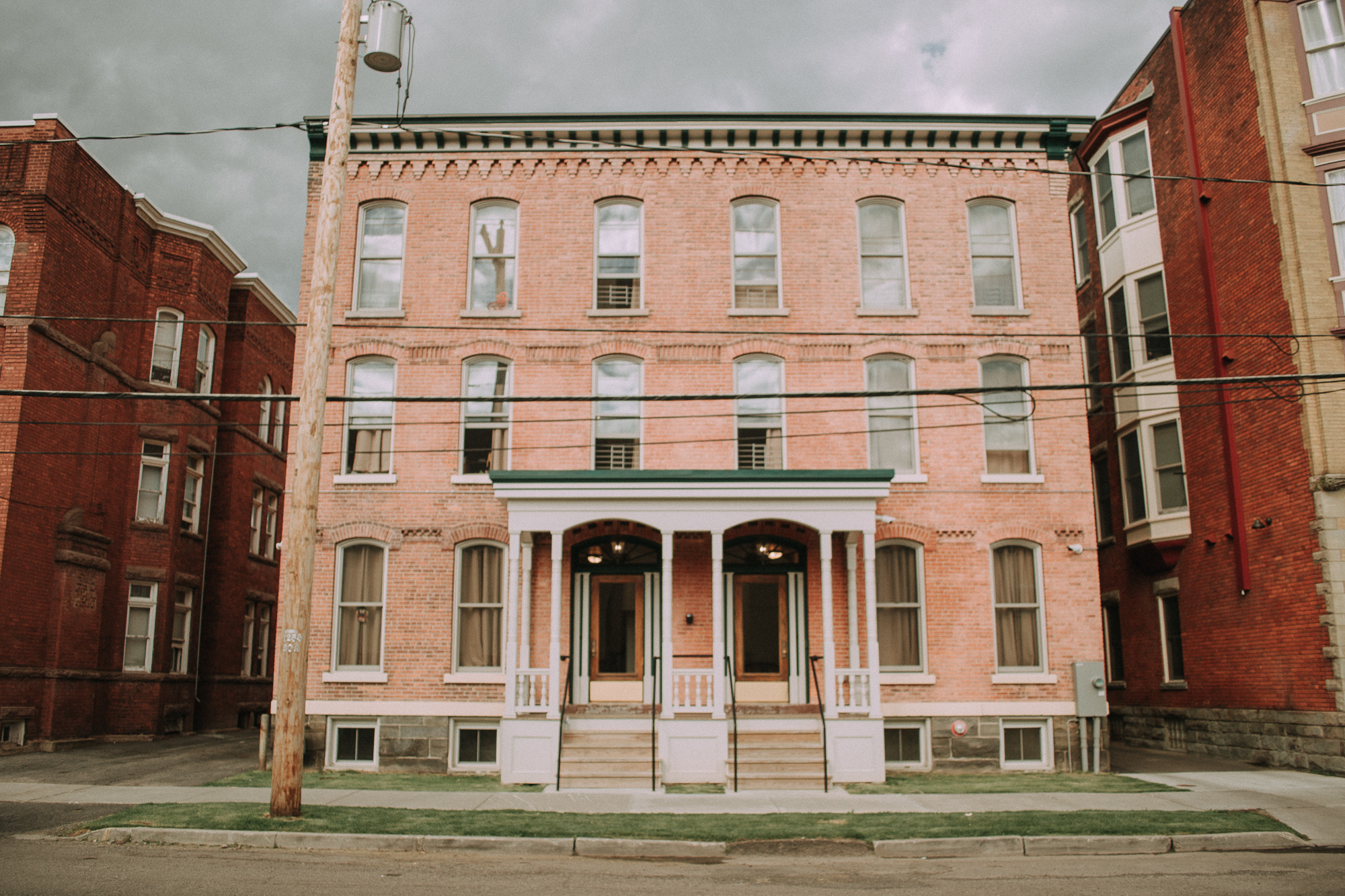 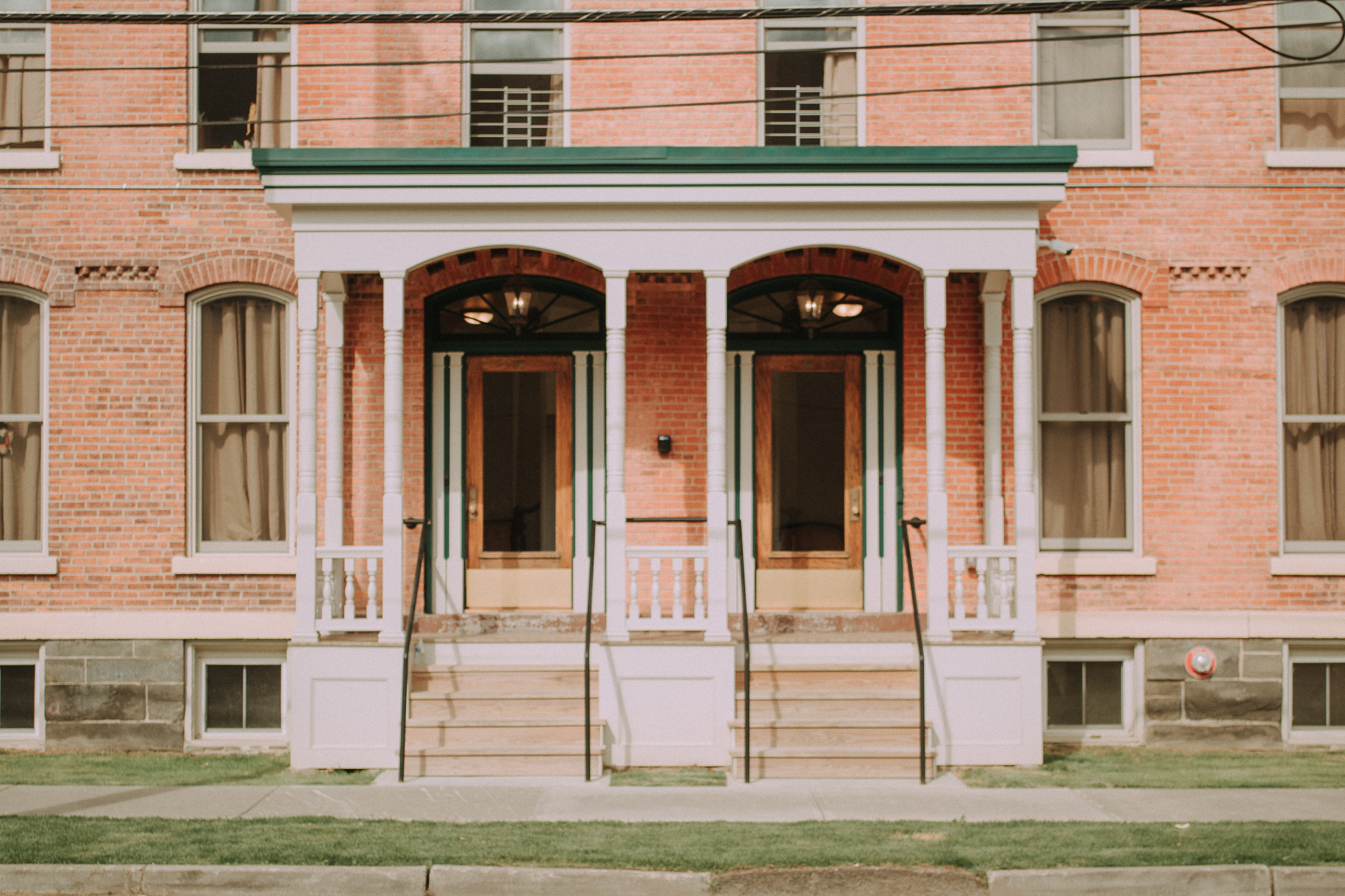 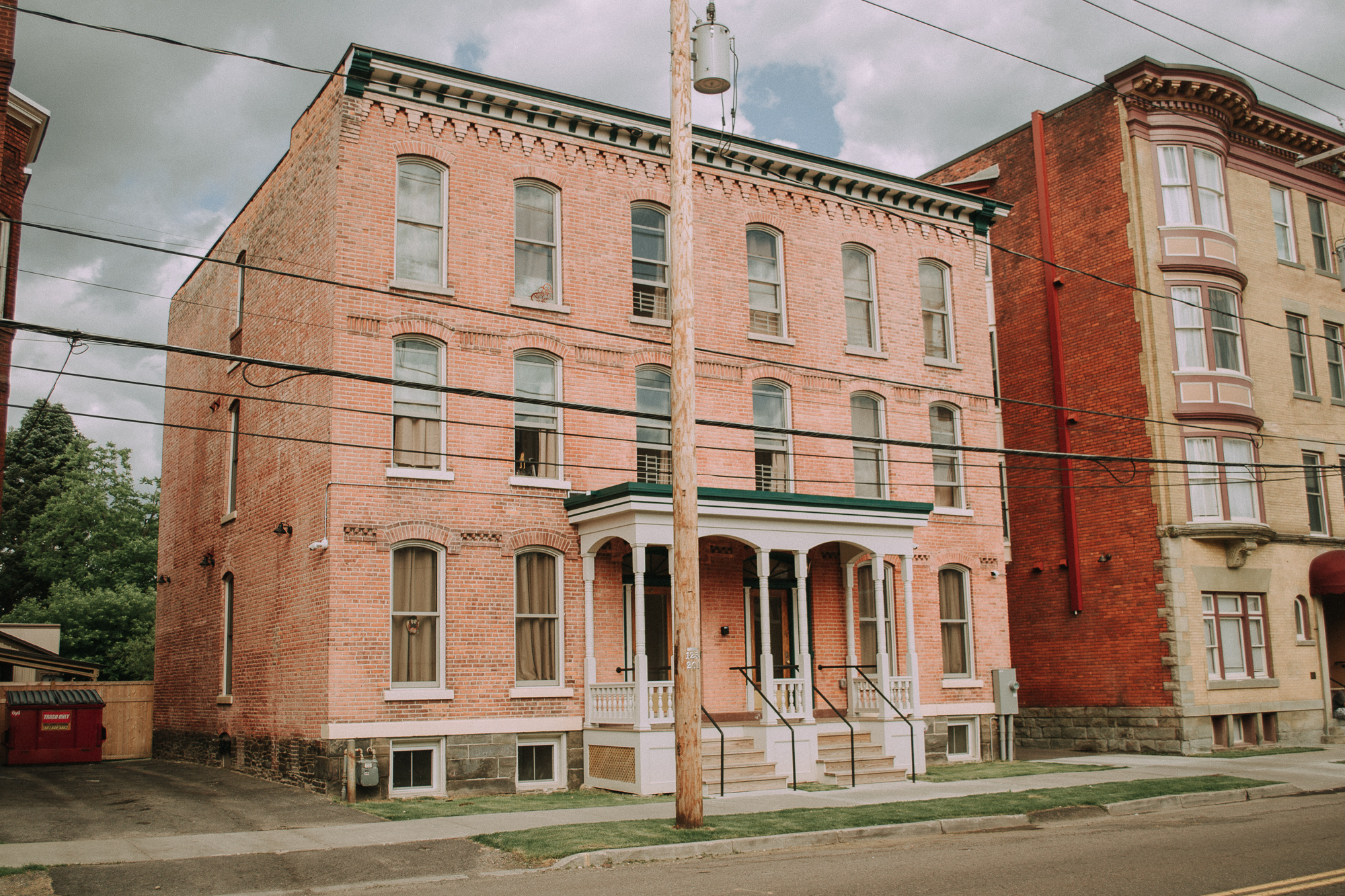 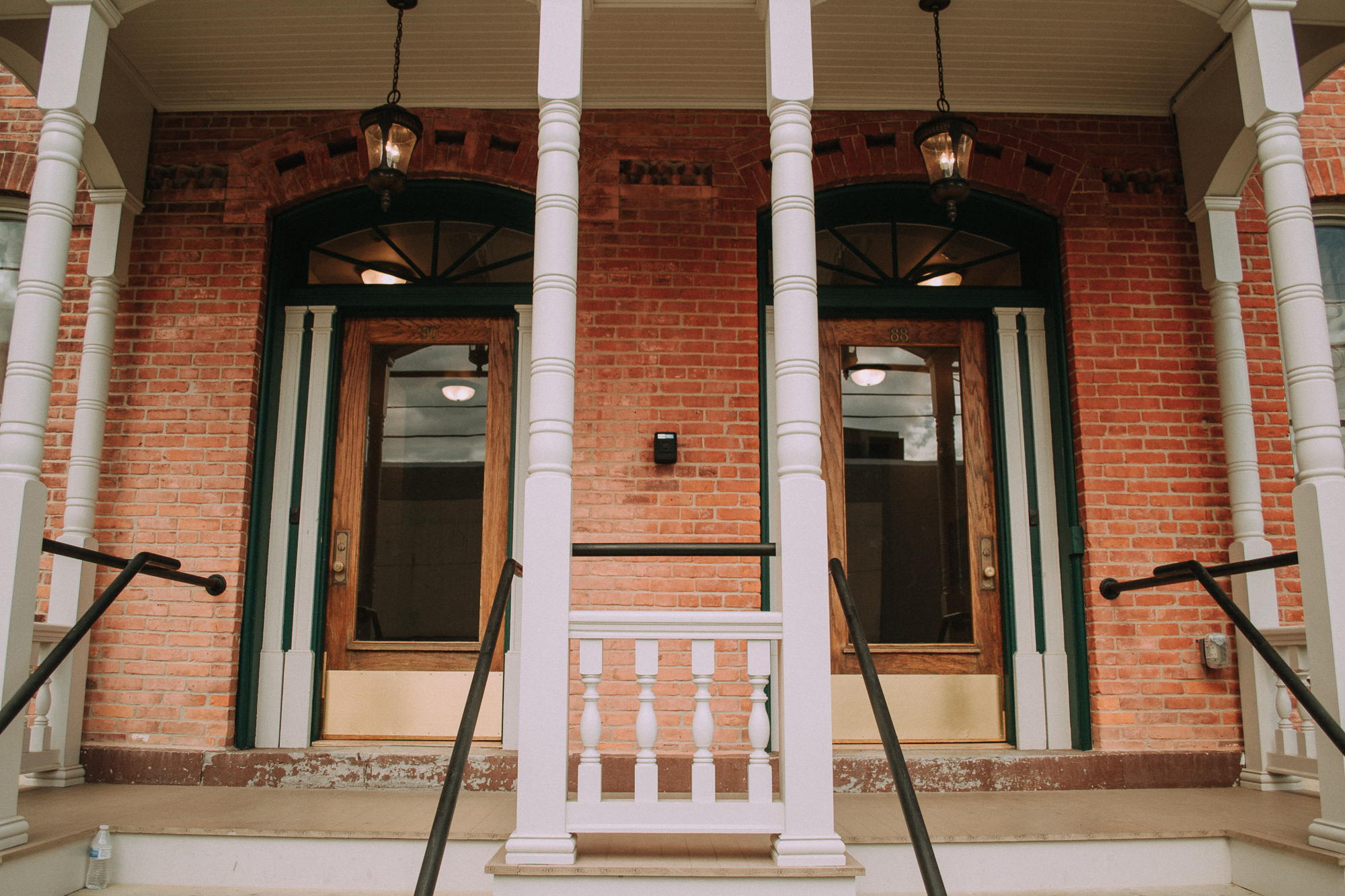 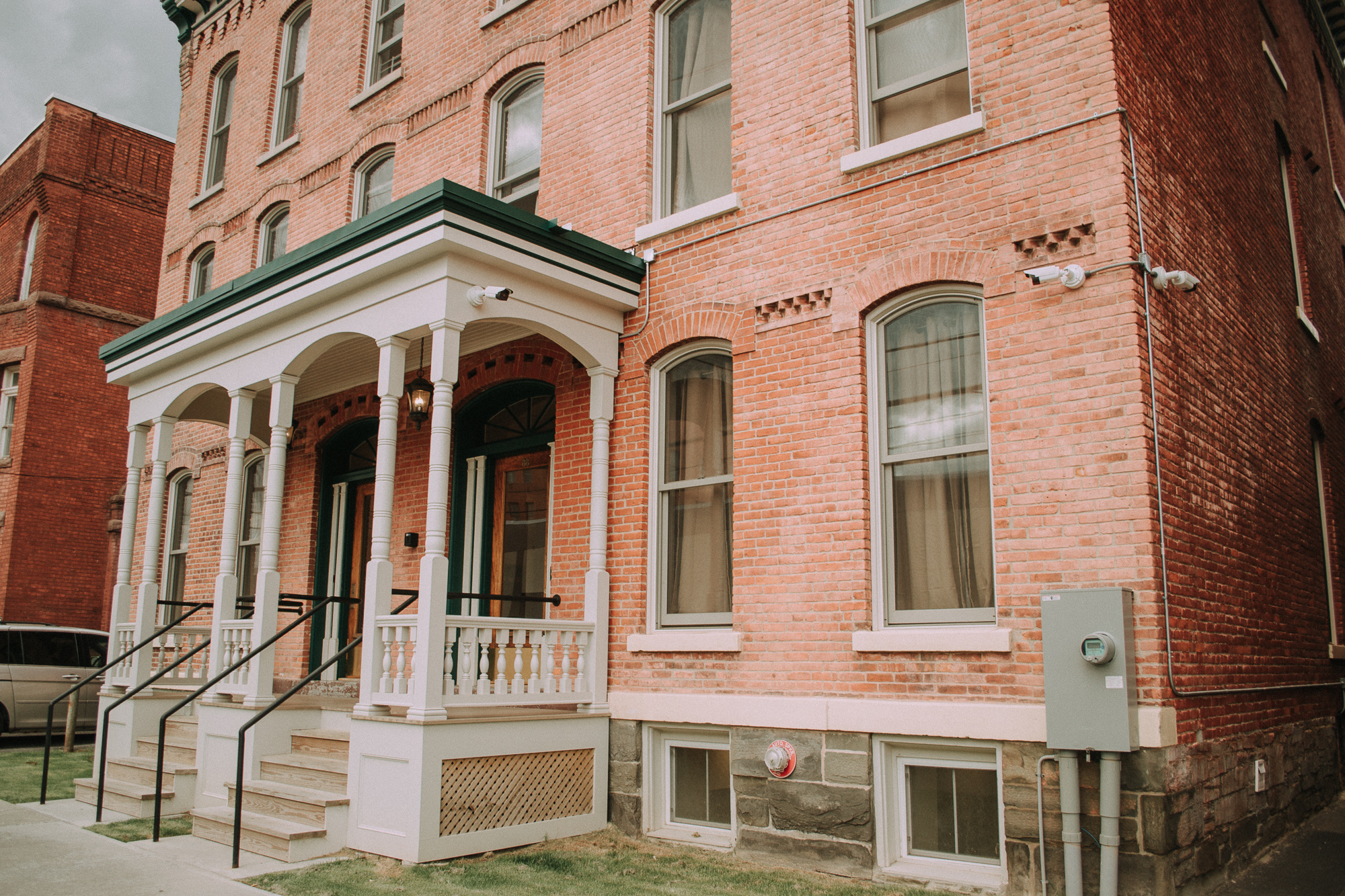 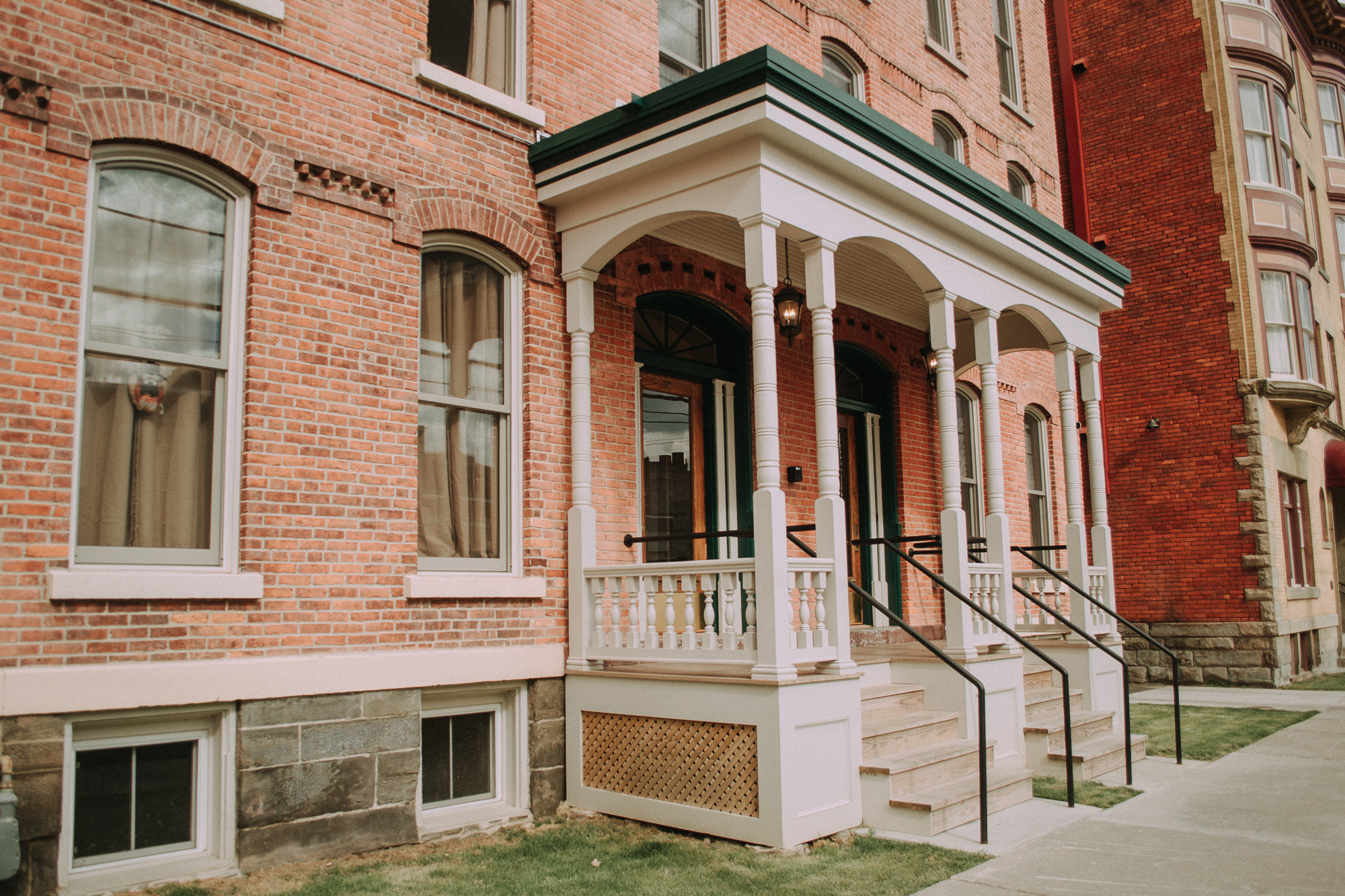 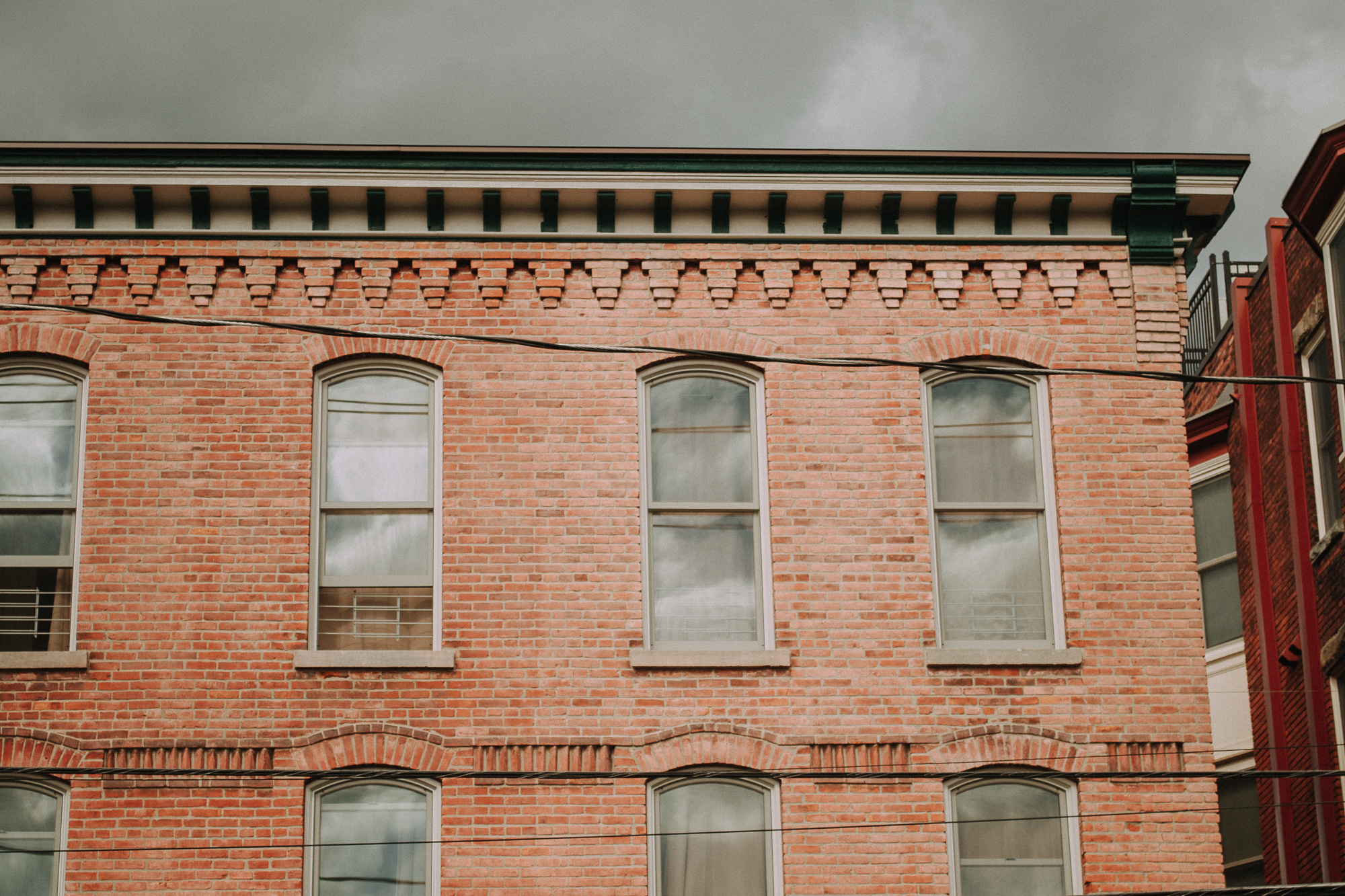 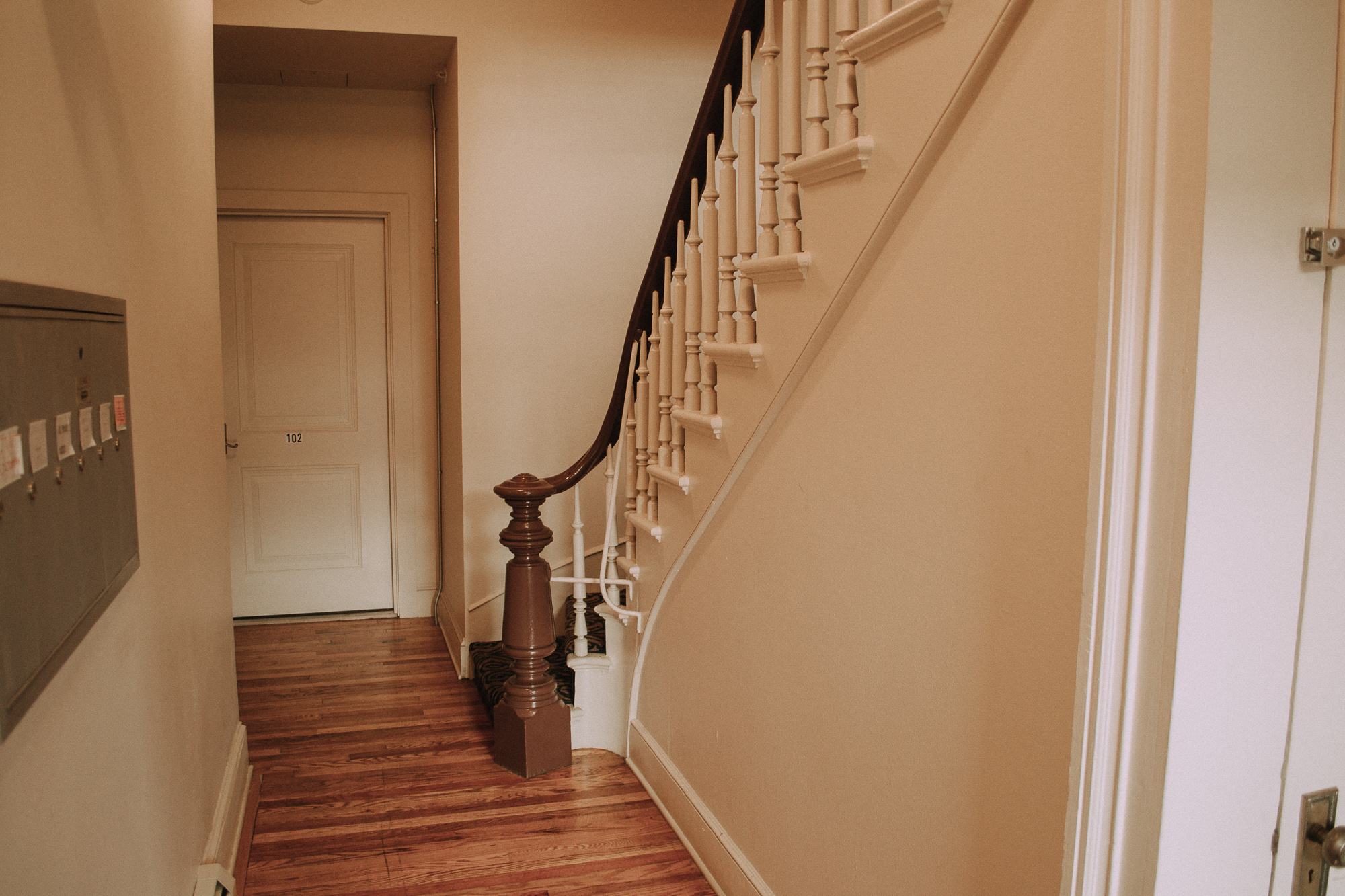 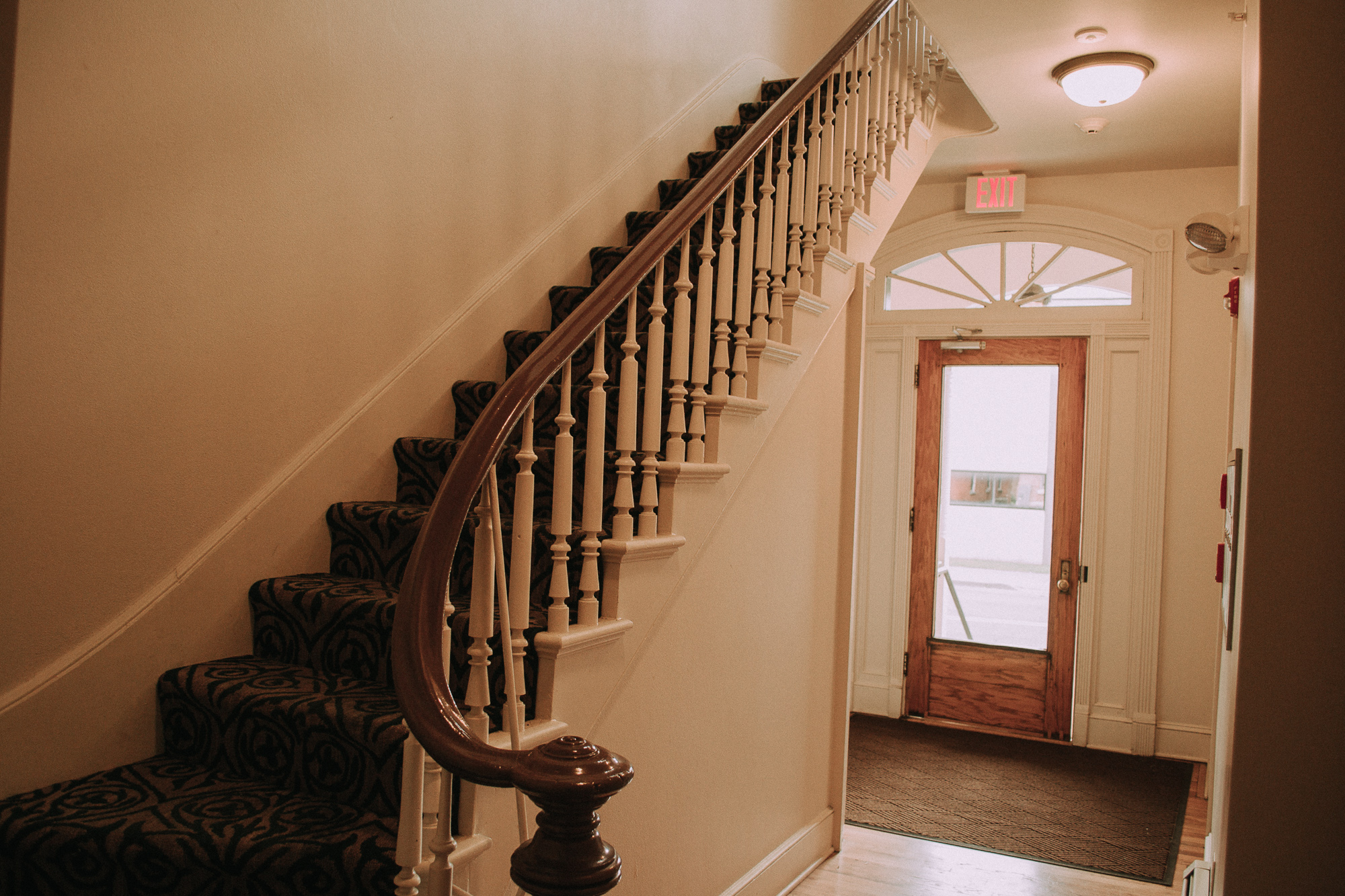